GWA "NOBODY HAS ANY RESPECT"

This item was actually never published, this is the front cover of a draft; more than 700 pages, with detailed information on every Bob Dylan vinyl bootleg available at the date of the project (late 1990's), with a lot of photos of the front and back covers, labels -unfortunately in black and white only.
Many thanks to Ray Stavrou for the scan and information.
"The most complete record of bootleg history which was never published is (was) Nobody Has Any Respect by Jean Louis Dreau and Mr. Smith. In ISIS number 44 (Aug - Sept 1992) 'Mr. Smith' [a.k.a. Steve White] writes that '... when the book says it’s ready, then it’s ready...' Unfortunately, although the book was ready i.e. almost in place, it was not actually published. A few black and white proof copies do exist but the limitations of the software available at the time have been part of the reason why this magnificent document has not been generally available". (Ray Stavrou in A VINYL HEADSTONE ALMOST IN PLACE)

GWA "NOBODY HAS ANY RESPECT", by Jean-Louis Dréau and Mr Smith, Hypnotist Collectors. 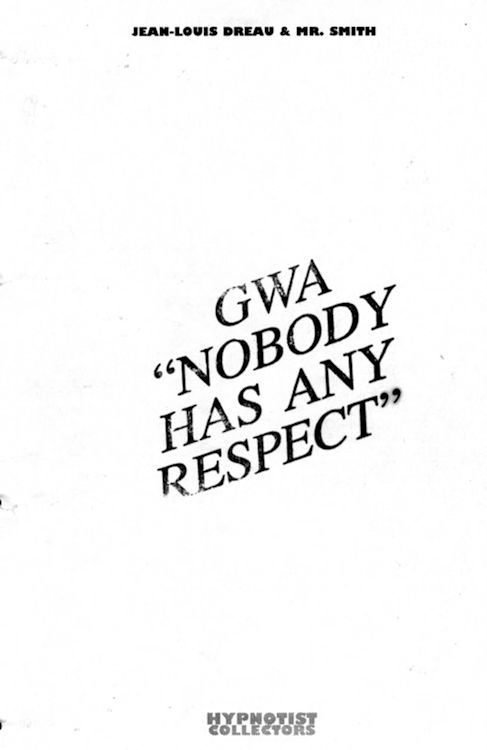