HERE AND GONE, by John Cohen

John Cohen was a founding member of the New Lost City Ramblers, one of the folk revival’s most authentic and respected musical groups. In the 1960s he made a series of photographs of the last years of Woody Guthrie’s life, and early portraits of Bob Dylan on his arrival in New York, depicting two titans of American music at opposite ends of their careers. In the process, Cohen portrayed one of the great moments of American folk music history.
The book contains other images from the 1960s including the music scenes at Washington Square and on MacDougal Street in Greenwich Village, images of Jerry Garcia and the musicians in San Francisco’s “Family Dog,” as well as the psychedelic “Sky River Rock” festival.
In 1970, Dylan requested Cohen make another set of color photographs of him with a “camera that could take photographs from a block away.” By then, he had become world-famous. Bob was seen walking unrecognized on the streets of the city and at a farm in upstate NY. The photographs were used in Dylan’s album SELF PORTRAIT. 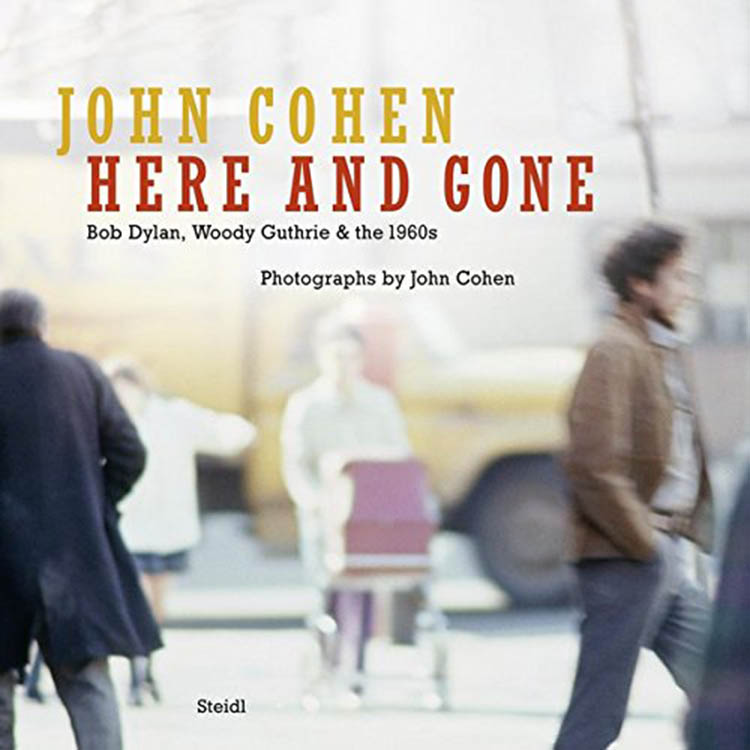