July, 1969: photographer Mark Edwards, lost on the edge of the Sahara desert, is rescued by a Tuareg nomad who takes him to his people. He rubs two sticks together to make a fire and produces an old cassette player.
Bob Dylan sings “A Hard Rain’s A-Gonna Fall”: “sad forests”, “dead oceans”, “where the people are many and their hands are all empty.” As Dylan piles image upon image, Edwards has the idea to illustrate each line of the song. In the years that follow, he travels around the world on assignments that allow him to capture the photographs that turn Dylan’s prophetic words into images of the real world. 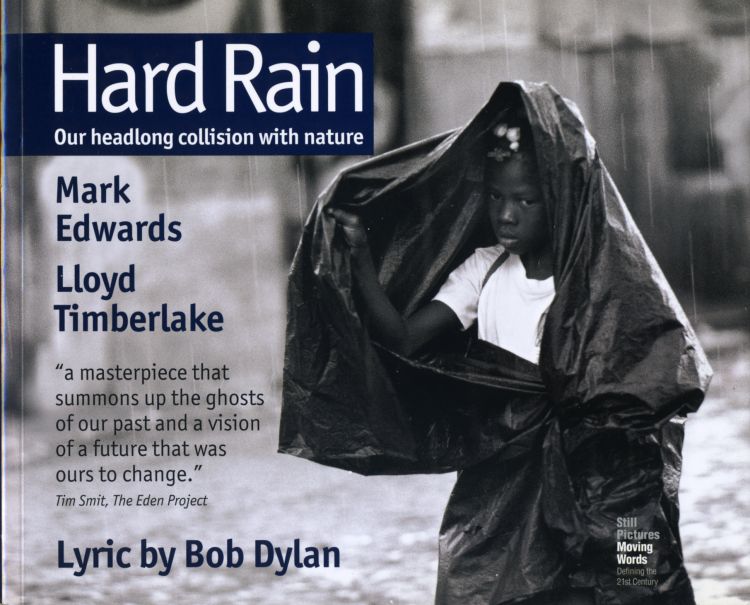 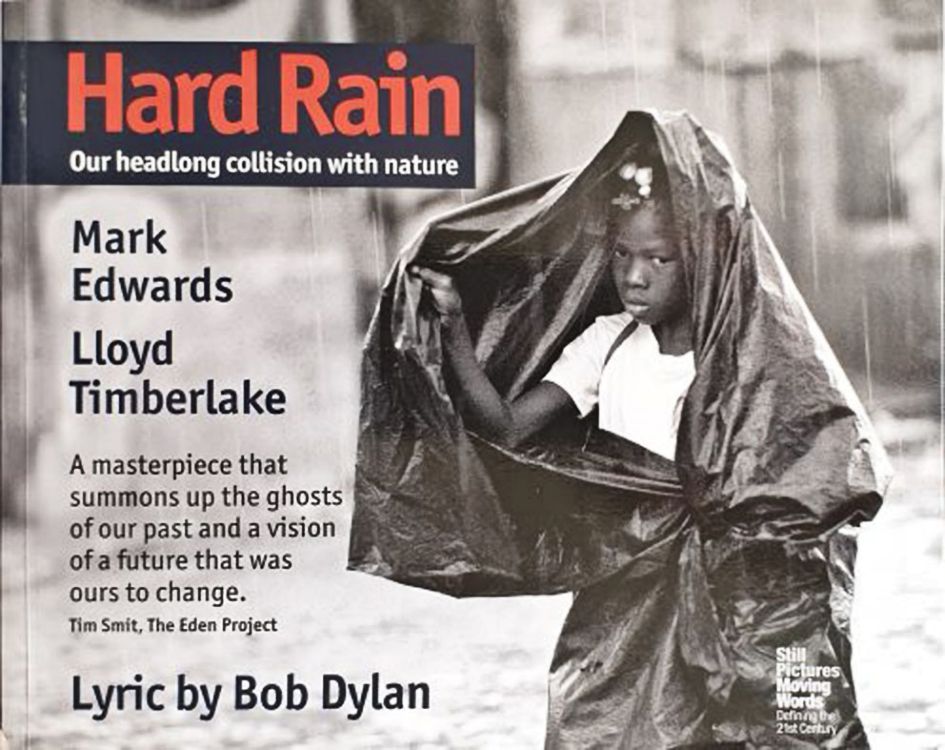 Mark Edwards is the only author's name on the cover of 2nd and 3rd editions: