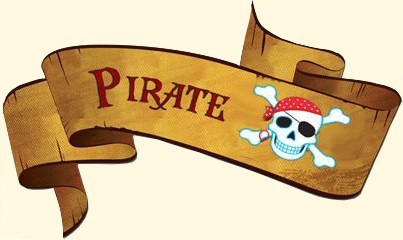 How to make 'books' and money without writing a single line!

Though they have a cover and pages, these items are, according to us, not really books: they are actually just printouts of Wikipedia articles, taken -not to say stolen- on a free web site and sold at high prices on the Internet: an original way to make money by using other people's work... The authors of Wikipedia have to make searches to write their articles, while the pirates just make a copy/paste operation, print out and sell the result as a new "book"!

Sometimes, to fool the customers even more and make them look like a 'real' book, an author's name is mentioned on the cover: just search for these 'authors' on the Internet and you will see that they have 'written' books on a vast amount of subjects... Actually, they know as much on everything as Wikipedia does!
Some publications do not even hesitate to use names of famous authors, such as "S. King", or "Arthur Miller"!

Most of these print outs are in English language, but they also exist in French, German, Spanish... why not, they are so easy to make...

Thank you to Knut Högvall for having investigated on a biography "by Joe Pecoraro", and discovered it was actually just a print of an Encyclopaedia Britanica on-line article, see below.

These items used to be in the 'BOOKS' section of CW&C, but they really do not deserve a place there, and are now listed separately. Larger scans are requested where noted.

'If you feel that doing a free search on Wikipedia is not worth your time compared to paying someone to print out Wikipedia articles for you, then these books may be of interest.' (www.goodreads.com)

'The German-speaking press and blogosphere have criticized Amazon for selling tens of thousands of print on demand books which reproduced Wikipedia articles. These books are produced by an American company named Books LLC and by three Mauritian subsidiaries of the German publisher VDM: Alphascript Publishing, Betascript Publishing and Fastbook Publishing. Amazon did not acknowledge this issue raised on blogs and some customers that have asked the company to withdraw all these titles from its catalog. The collaboration between amazon.com and VDM Publishing was started in 2007'. (Wikipedia).
Today (November 2017) the LLC products do not appear any more in the Amazon search.

@LPHASCRIPT PUBLISHING, Mauritius. The information (warning?) "High Quality Content by Wikipedia articles" is printed on the front and back covers.

BOOKS LLC, USA.  'Books LLC is an American publisher and a book sales club based in Memphis, Tennessee. Its primary work is collecting Wikipedia and Wikia articles and selling them as printed and downloadable books'. (Wikipedia)

CREATESPACE INDEPENDANT PUBLISHING 'CreateSpace provides free tools to help you self-publish and distribute your books'. They are not responsible for the contents of these books.

HEPHAESTUS BOOKS. "Hephaestus Books publishes print-on-demand compilations of Wikipedia articles -- not original works. Caveat Emptor. If you feel that doing a free search on Wikipedia is not worth your time compared to paying someone to print out Wikipedia articles for you, then these books may be of interest" (www.goodreads.com)

PIRATES WITH VARIOUS FLAGS (other publishers):

Below are "books" about THE PHILOSOPHY OF THE MODERN SONG, by Bob Dylan. "The 'authors' have done on Wikipedias articles a search-and-replace on certain words and phrases to prevent the text to be flagged in a comparison search: that makes it read as written by a dude sky high on LSD".  Thank you to Knut Hogväll for this information.