"Song To Woody" was written by Bob Dylan and released on his debut album, BOB DYLAN, in 1962. The song conveys Dylan's appreciation of American folk legend Woody Guthrie. The tune uses the melody from Guthrie's song "1913 Massacre" and one stanza ends with the lines "I'm a-singin' you this song, but I can't sing enough / 'Cause there's not many men that done the things that you've done."
The penultimate stanza of "Song To Woody" pays tribute to Guthrie folk contemporaries Cisco Houston, Sonny Terry and Lead Belly and "all the good people that traveled with you". The line "that come with the dust and are gone with the wind" paraphrases the line "we come with the dust and we go with the wind" in Guthrie's "Pastures of Plenty", a song about people displaced by the dust storms and drought which swept Oklahoma, Texas and other states in the 1930s during The Great Depression.


Part of the Exact and Accurate Transcripts Series. 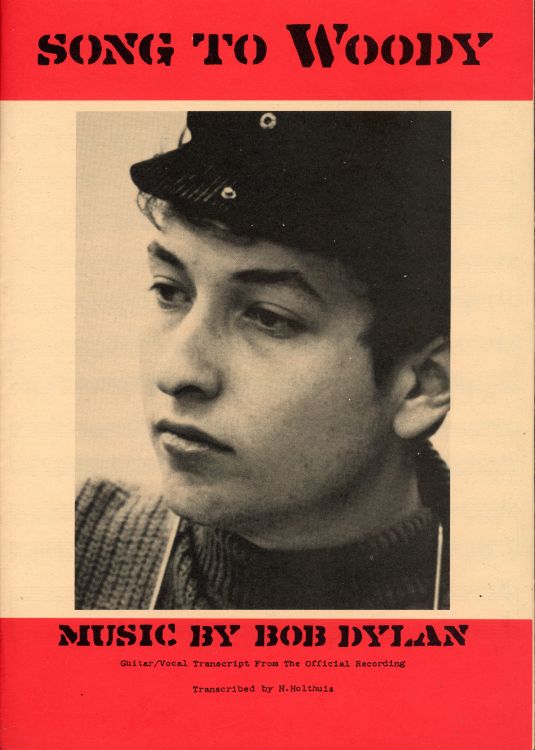