A Fool Such as I

"(Now and Then There's) A Fool Such as I" is a popular song written by Bill Trader and was published in 1952. Recorded as a single by Hank Snow it peaked at number four on the US country charts early in 1953. Since the original Snow version, "Fool Such as I" -as the song is sometimes known- has been covered and released as singles several times, by artists as diverse as Jo Stafford, Elvis Presley, Baillie & the Boys and of course Bob Dylan. 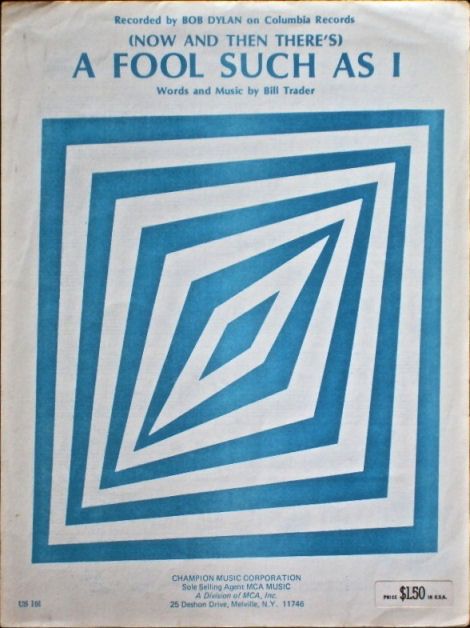 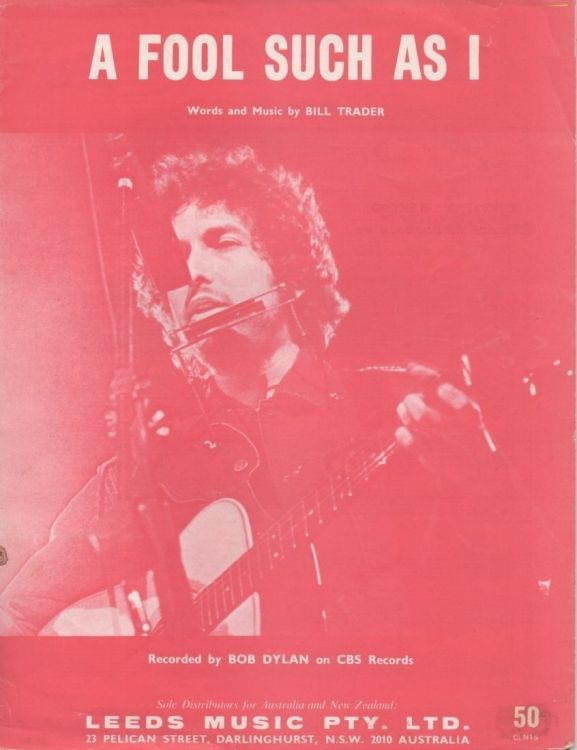 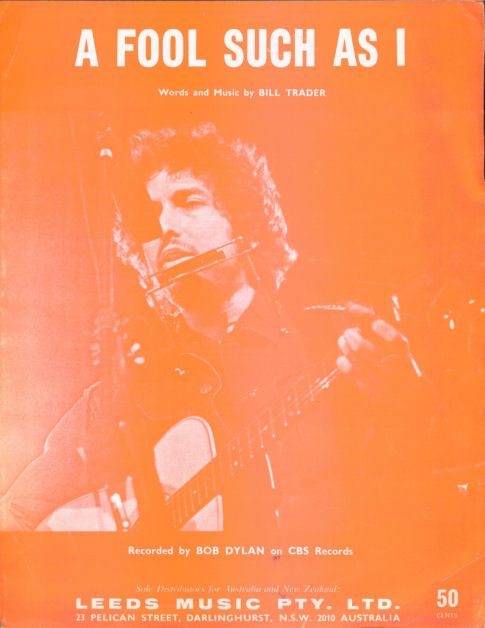