If Not for You

"If Not for You" is a song by Bob Dylan, recorded for his 1970 album NEW MORNING. Dylan recorded the album version in August 1970, having first recorded the song in a session with George Harrison on May 1 of that year. In addition to appearing on the album in October 1970, the August recording was released as a single in Europe; the May recording remained unreleased until its inclusion on THE BOOTLEG SERIES VOL. 1-3 (RARE & UNRELEASED) in 1991.
In November 1970, a month after Dylan's original had appeared, George Harrison released a version of the song on his triple album ALL THINGS MUST PASS. Another well-known cover of the song was recorded by Olivia Newton-John, who had the only U.S. charting version of the song, in 1971. 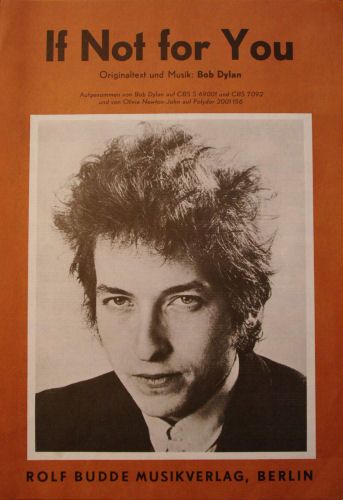