Love is Just a Four-Letter Word

"Love is Just a Four-Letter Word" is a song written by Bob Dylan, and long associated with Joan Baez, who has recorded it numerous times, and performed it throughout her career. Baez immediately took to the song, which was written by Dylan sometime around 1965, and began performing it, even before it was finished. (In the film DONT LOOK BACK, a documentary of Dylan's 1965 tour of the UK, Baez is shown in one scene singing a fragment of the then apparently still unfinished song in a hotel room late at night. She then tells Dylan, "If you finish it, I'll sing it on a record.")
Baez first included the song on Any Day Now, her 1968 album of Dylan covers; she has since recorded it three additional times. Her 1968 recording was also released as a single.
Dylan himself appears to have never recorded the song.

Below: As recorded by Joan Baez on Vanguard Records. 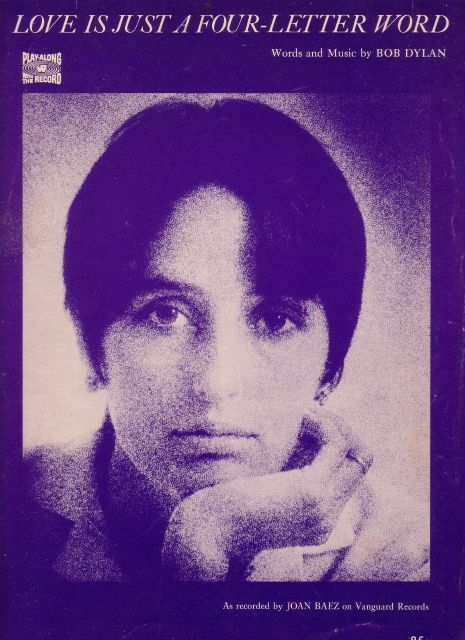