See That My Grave Is Kept Clean

"See That My Grave Is Kept Clean" is a song recorded by American blues musician Blind Lemon Jefferson in two slightly differing versions in October 1927 and February 1928 that became "one of his most famous compositions". Son House used the melody on his 1930 recording of "Mississippi County Farm Blues".
Bob Dylan recorded the song for his 1962 debut album BOB DYLAN.
He recorded it again with the Band in 1967: this version is included on THE BOOTLEG SERIES VOL. 11: THE BASEMENT TAPES COMPLETE (2014).


Below: Holland, unofficial; part of the Exact and Accurate Transcripts Series. 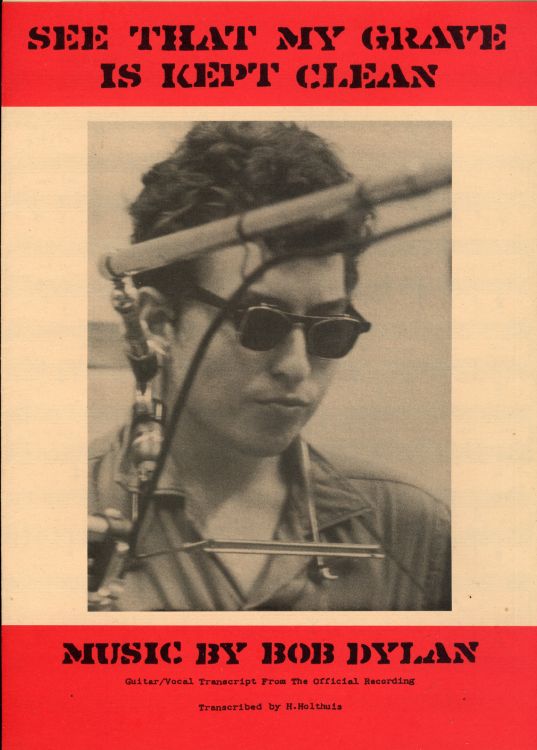