"Farewell Angelina" is a song written by Bob Dylan in the mid-1960s, and most famously recorded by Joan Baez.
Dylan attempted to record "Farewell Angelina" only once, during the first session for his 1965 album Bringing It All Back Home, and he abandoned all attempts to record the song again. Dylan's one recording of the song was eventually issued in 1991 on The Bootleg Series Volumes 1-3 (Rare & Unreleased) 1961-1991. 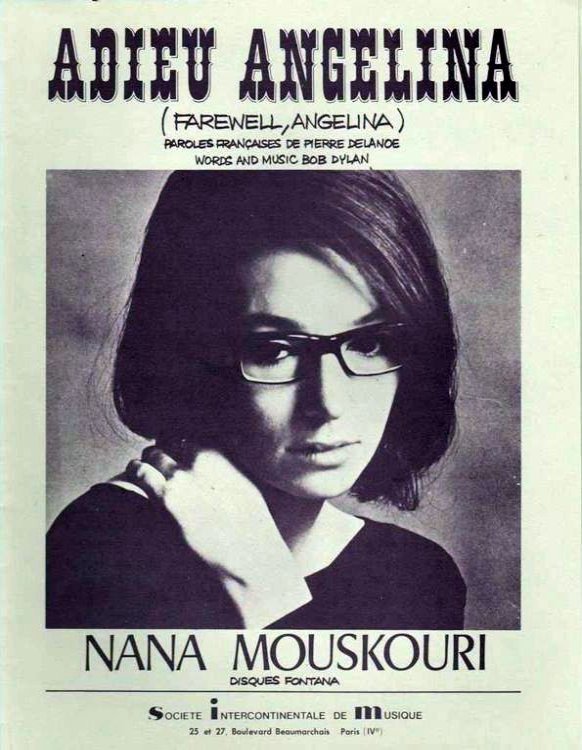