"Sweetheart Like You" is a song by Bob Dylan from his twenty-second studio album INFIDELS (1983), sung to a fictitious woman. Oliver Trager's book, KEY TO THE RAIN - THE DEFINITIVE BOB DYLAN ENCYCLOPEDIA, mentions that some have criticized this song as sexist. Indeed, music critic Tim Riley makes that accusation in his book HARD RAIN -A DYLAN COMMENTARY, singling out lyrics like "a woman like you should be at home/That's where you belong/Taking care of somebody nice/Who don't know how to do you wrong." However, Trager also cites other interpretations that dispute this claim. Some have argued that "Sweetheart Like You" is being sung to the Christian church ("what's a sweetheart like you doing in a dump like this?"), claiming that Dylan is mourning the church's deviation from scriptural truth.
The song was later covered by Rod Stewart on his 1995 album A SPANNER IN THE WORKS and translated and sung by the Italian songwriter Francesco De Gregori in his 2015 album. 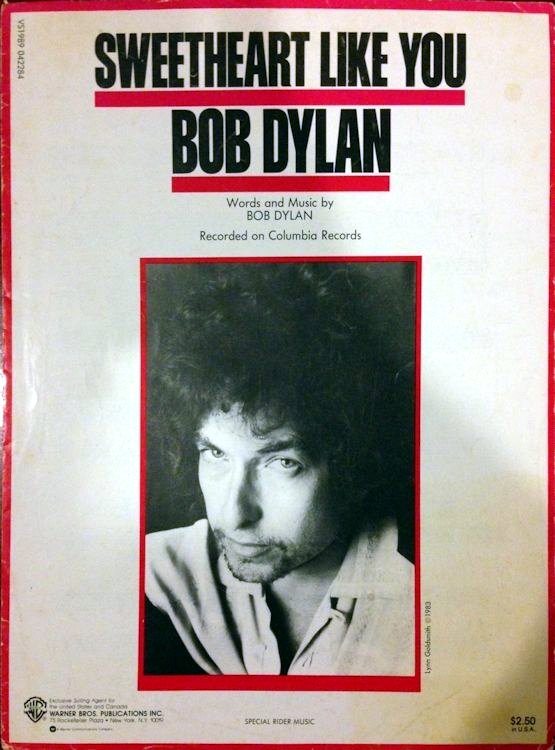