"The Ballad of Ira Hayes" is a song written by folk singer Peter La Farge. Its words tell the story of Ira Hayes, one of the six Marines and one who became famous for having raised the flag on Mount Suribachi during the Battle of Iwo Jima of World War II. Members of the Western Writers of America chose it as one of the Top 100 Western songs of all time.
Bob Dylan covered the song during his sessions for Self Portrait (released in 1970), though his version did not see release until Columbia used it as part of the DYLAN album (1973). 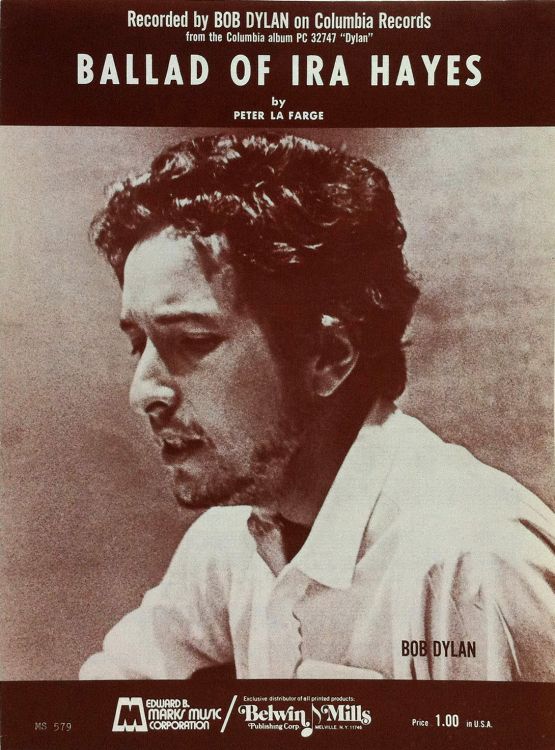