Don't Think Twice, It's All Right

"Don't Think Twice, It's All Right" is a song written by Bob Dylan in 1962, recorded on November 14 that year, and released on the 1963 album THE FREEWHEELIN' BOB DYLAN and as the b-side of the "Blowin' in the Wind" single.
The song was covered by several other artists, including Peter, Paul and Mary who released it as a single which reached the Top 10 of the Billboard Hot 100. 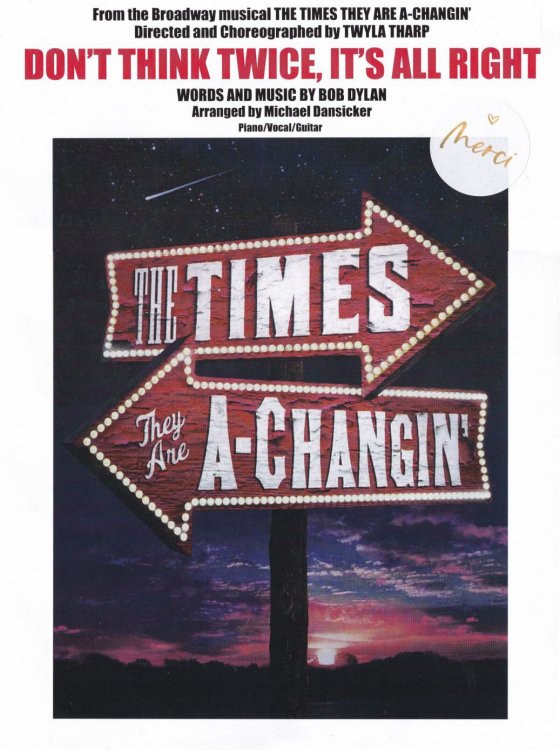 Amsco Publication, USA, from the Twyla Tharp's Broadway musical The Times They Are A-Changin'. [0522]