In the years before the Internet, several Dylan conventions were organised, the first-known being in Britain in 1979. They gave fans the opportunity to meet other fans (socialising over drinks and food and meeting face-to-face people who, hitherto, had only been pen-friends).
The conventions included formal presentations (such as talks, interviews with people who had known Dylan, discussion panels, quizzes and similar activities) and, in the evenings, there would usually be bands playing Dylan songs. Fans also had the opportunity to hear rare audio recordings, to watch Dylan videos on large screens.and to buy records, tapes, photographs, magazines, books, T-shirts and other memorabilia. Sometimes, as in New York, an impersonator contest was organized.
Thank you to Ian Woodward.

Here are some documents: 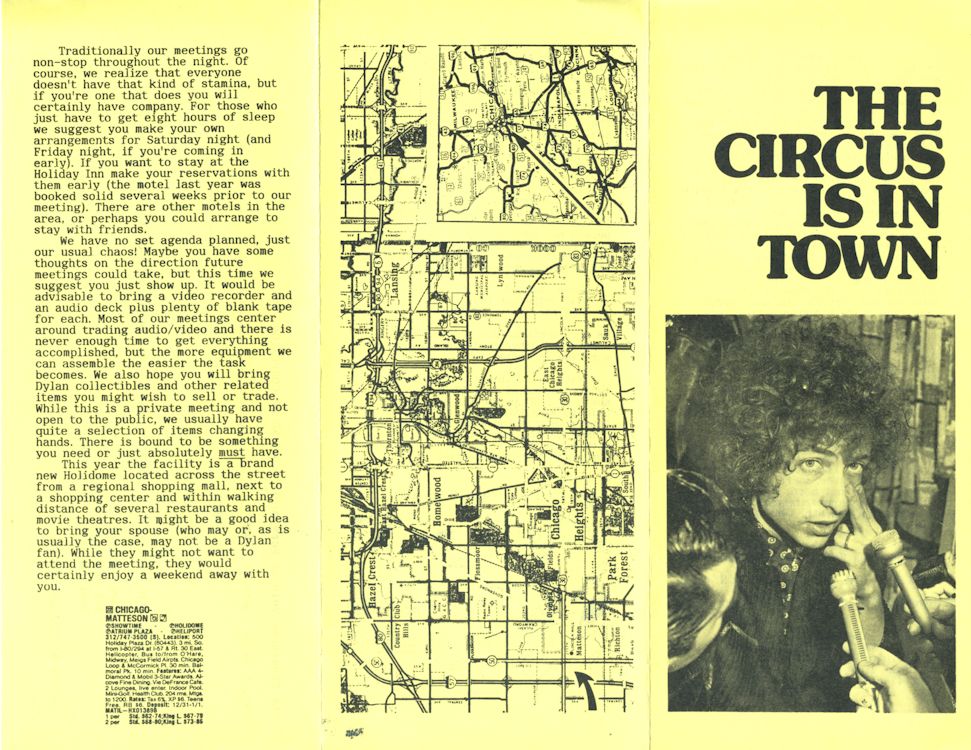 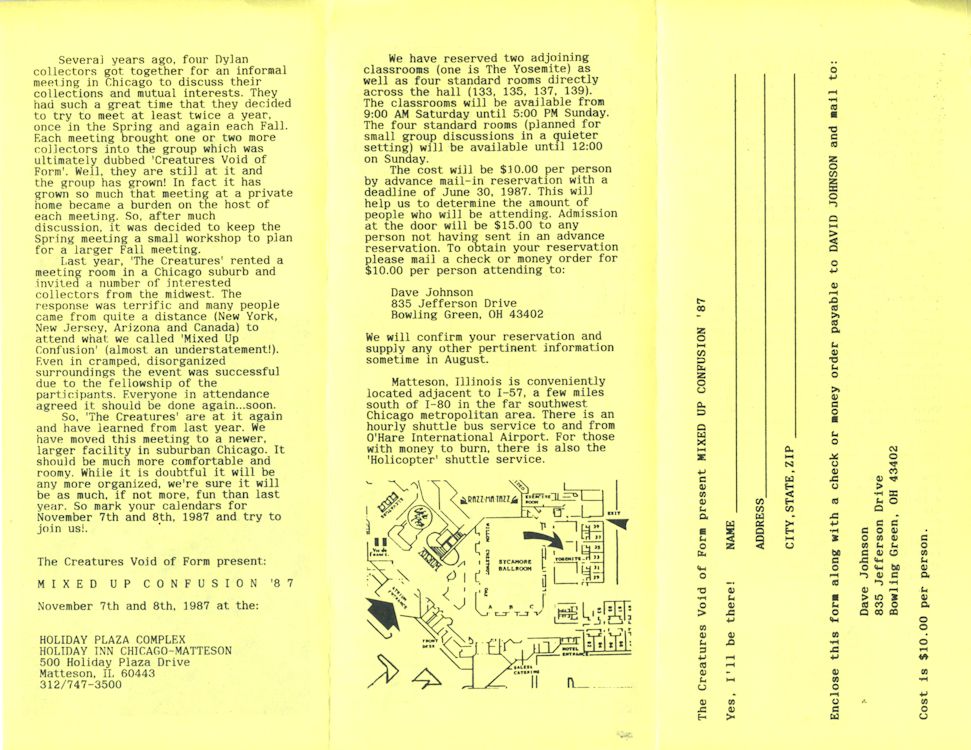 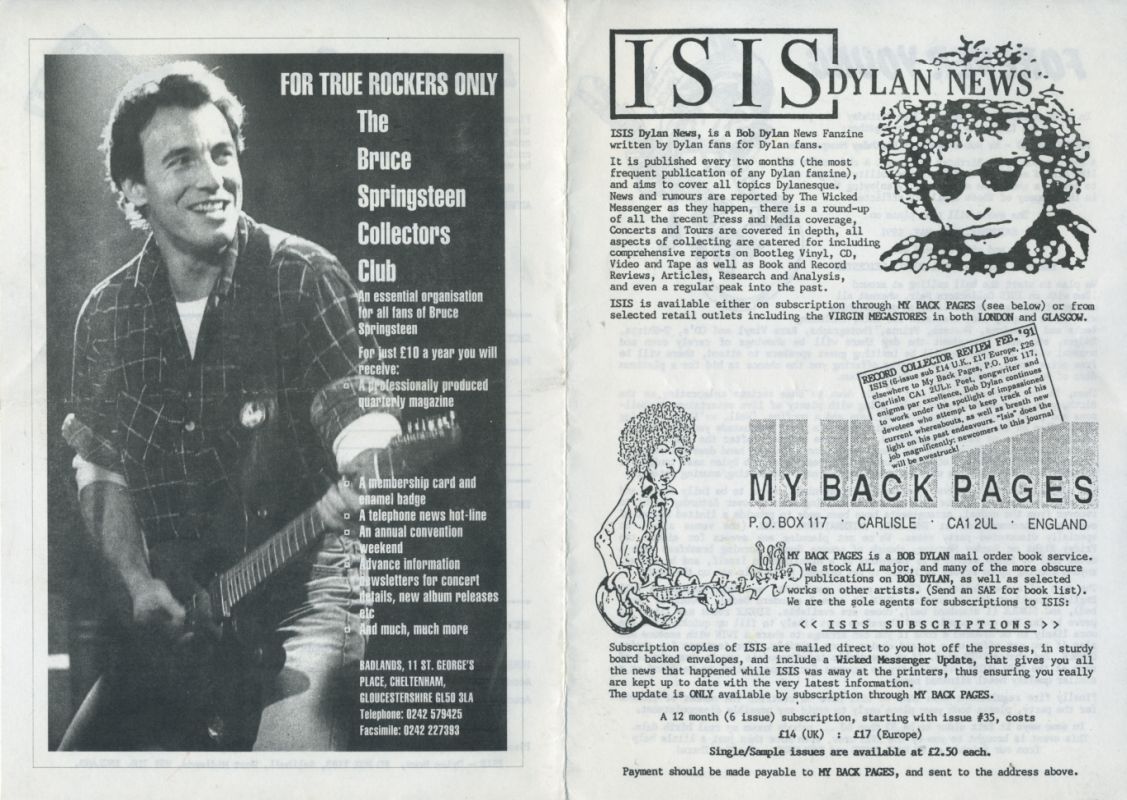 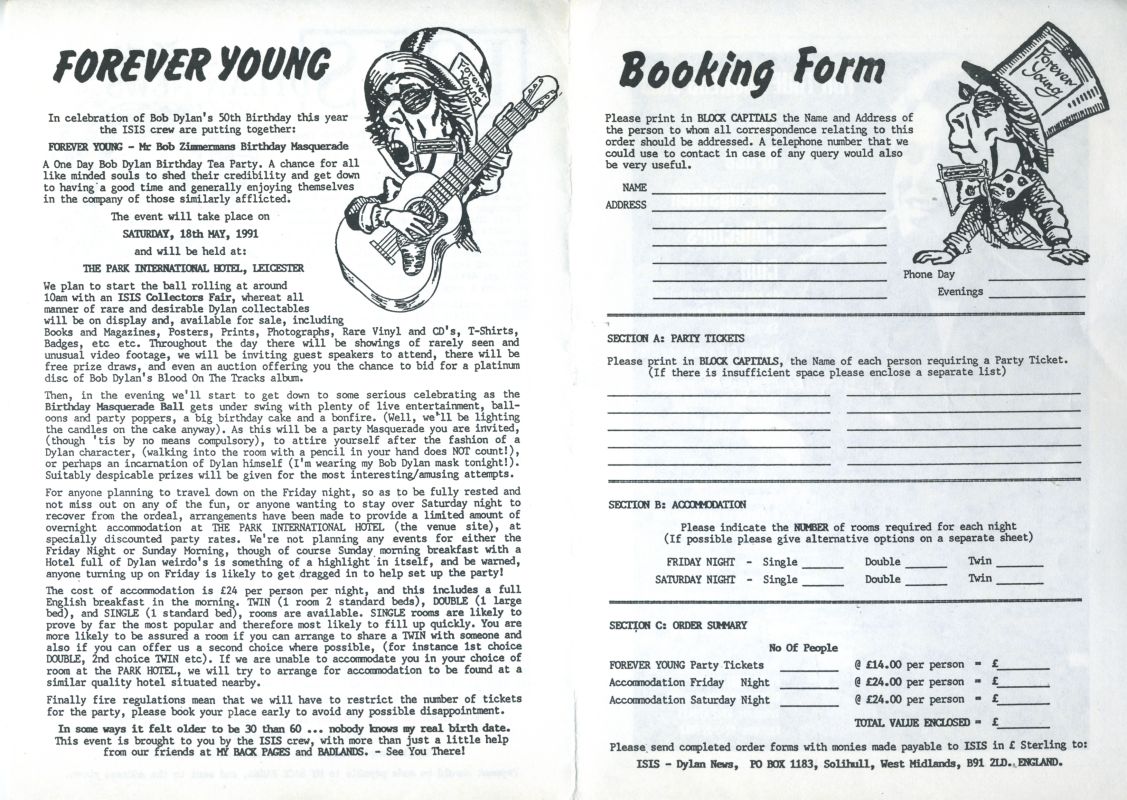 1991: "Forever Young -Mr Bob Zimmerman Birthday Masquerade". Flyer with booking form (front/back and inside) for the 18 May 1991 reunion, in Leicester, UK.