Every year for 24 years, Bob Dylan fans from all parts of the world have gathered in Austria to celebrate their hero at the BOB DYLAN FESTIVAL. There, during a few days, they could listen to live music, watch films or videos and buy or trade Dylan items. Organised by Austrian fans, the meeting was called BOB DYLAN FESTIVAL or just DYLAN FESTIVAL.
Through the years, there were three different locations for the Festival: the first event took place in 1980 at Schloss Niederleis, Lower Austria, later (see documents below), in Michelstetten and then Plankenstein . The last meeting was in 2004.
Thank you to Mani Endtner and Vito for their documents and information:

From at least 1985 to at least 1989, the Dylan Festivals in Austria  took place in the Taverne Bauernhof, in Michelstetten: 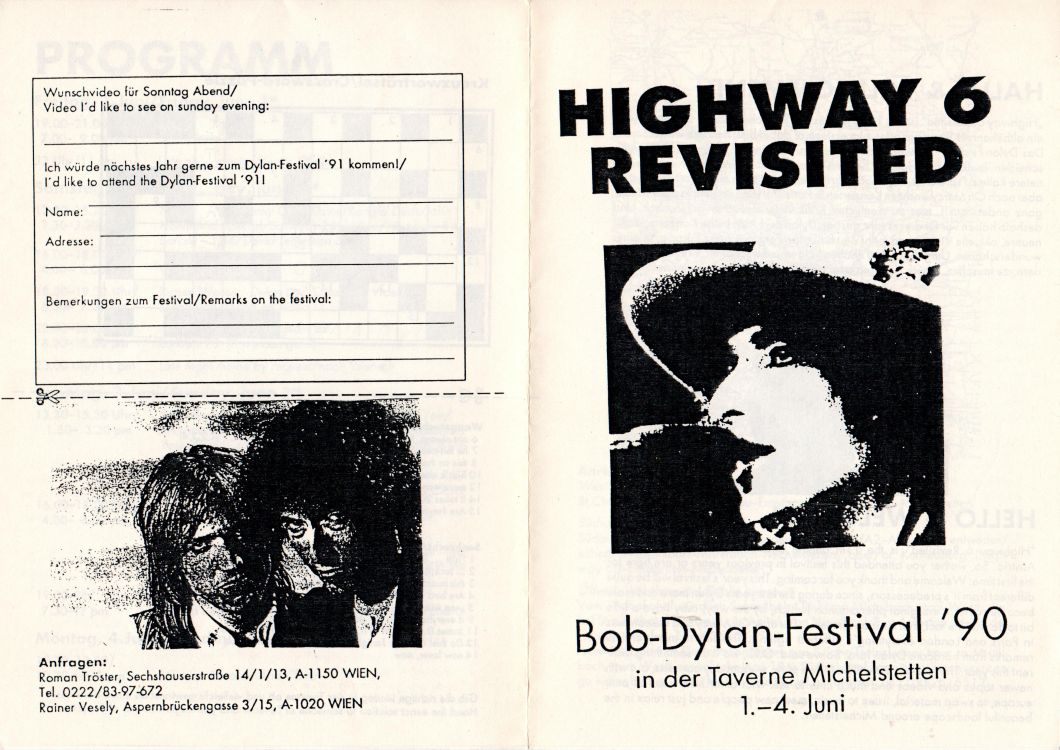 
During the 1990's, the BOB DYLAN FESTIVAL moved to Plankenstein Castle, Lower Austria. 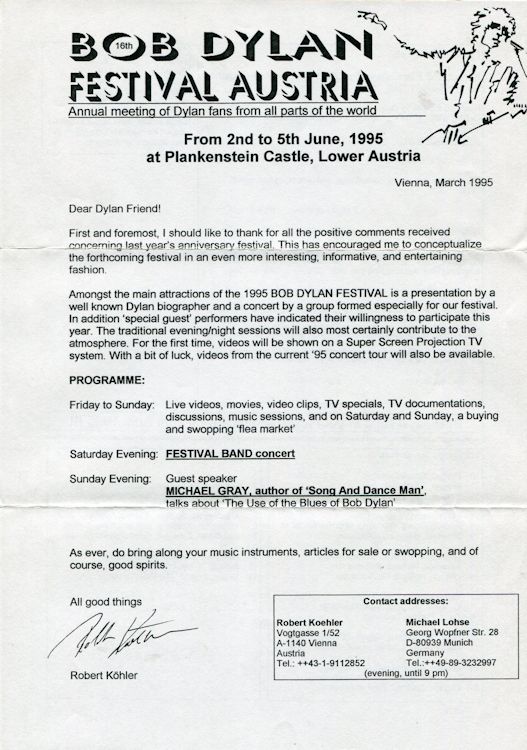 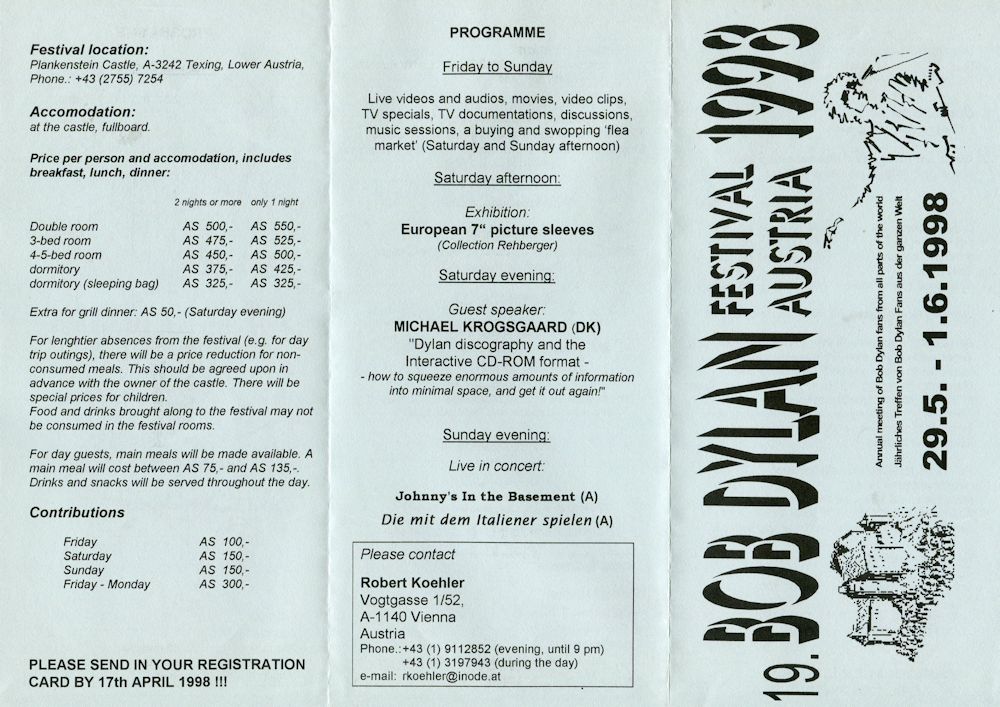