PETER PAUL AND MARY - IN THE WIND is a compilation of 10 songs recorded by the group, including Bob Dylan's Blowin' In The Wind and Don't Think Twice, It's Alright. Despite the title, this is not the songbook of their 1963 album IN THE WIND. 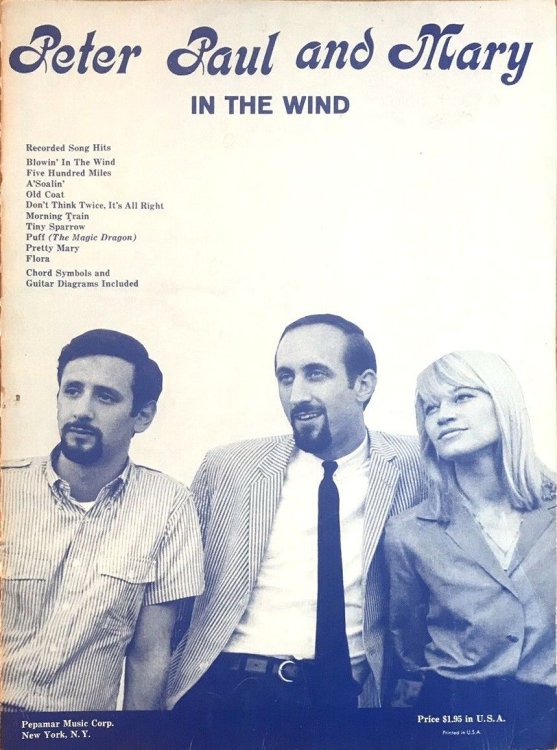 PETER, PAUL AND MARY - ON TOUR features the songs that were their stage act, both songs they had written themselves and also others they were interpreting, including Blowin' In The Wind and Quit Your Lowdown Ways (both by Bob Dylan) and Big Boat (by Willie Dixon).
Their other songs, mostly written by Peter Yarrow, Paul Stookey or Mary Travers or in various collaborations with Elena Mezzetti, Milton Okun or Albert Grossman were All my Trialla, A'Soalin', Flora, Hugh-A-Bye, Morning Train, Old Coat, Polly Von, Puff, Pretty Mary, Very Last Day, Rocky Road and Tiny Sparrow.