UNCUT MAGAZINE, trademarked as UNCUT, is a monthly publication based in London. It is available across the English-speaking world, and focuses on music, but also includes film and books sections. A DVD magazine under the Uncut brand was published quarterly from 2005 to 2006. 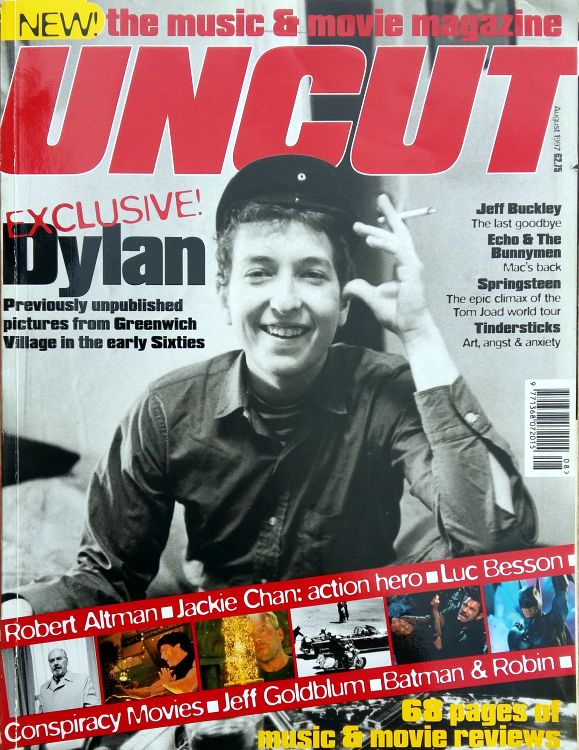 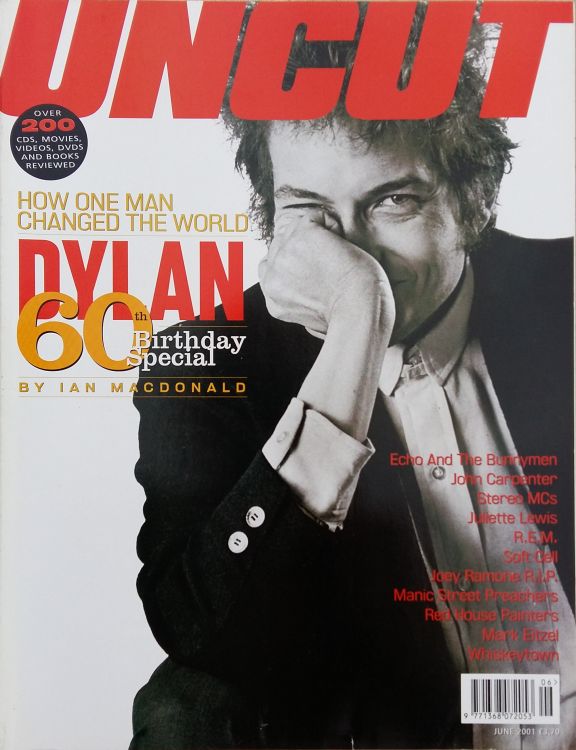 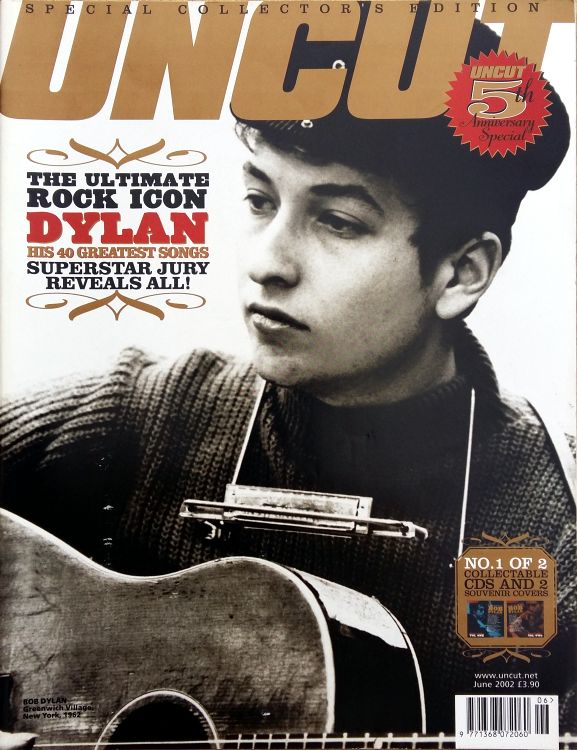 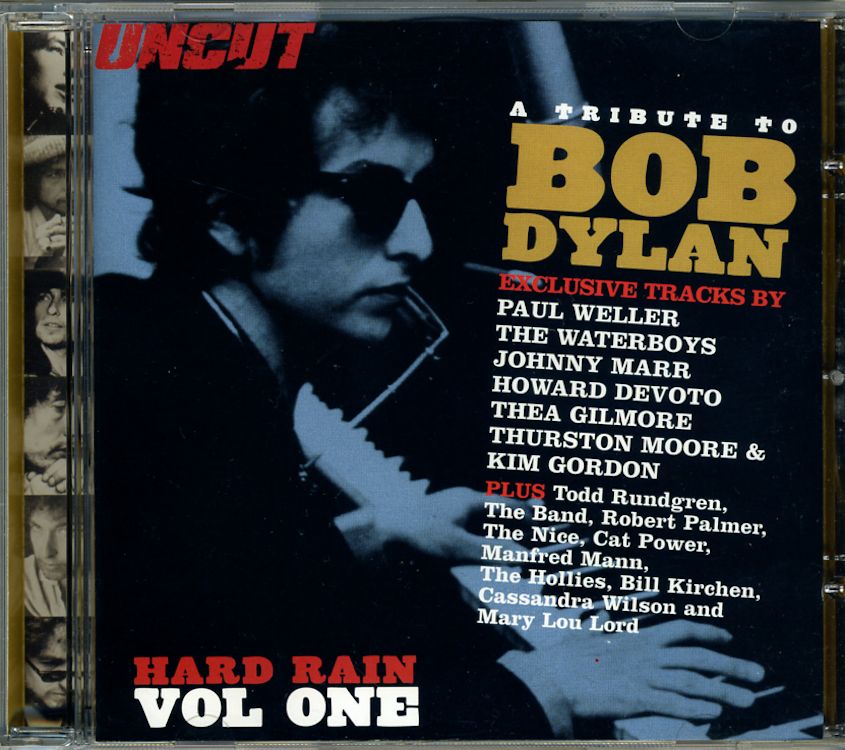 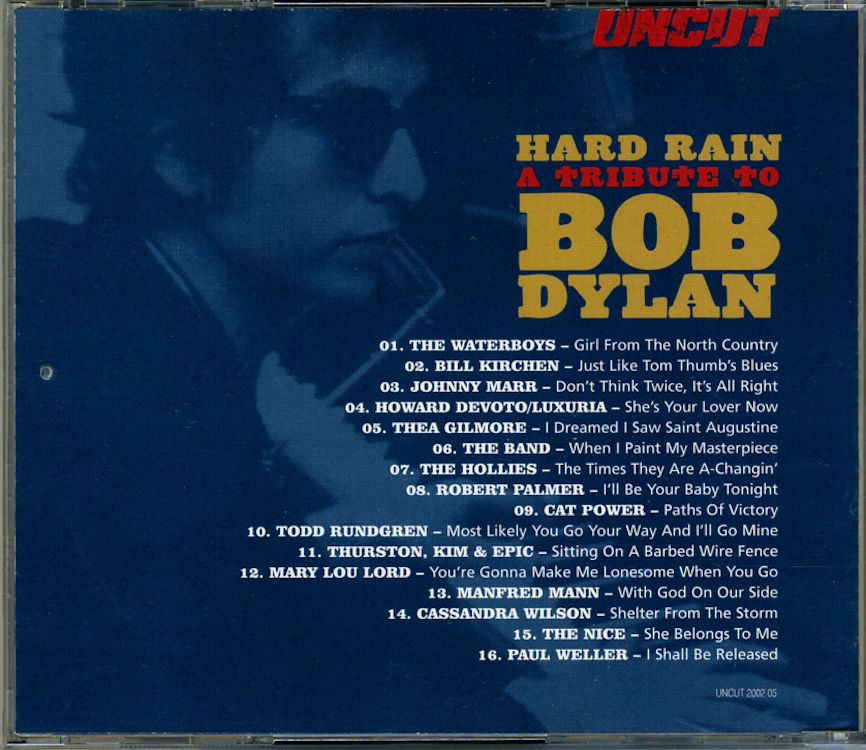 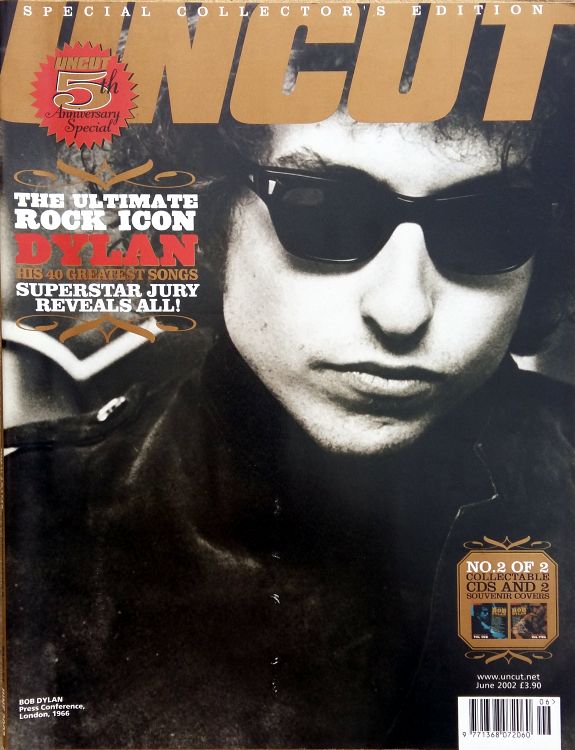 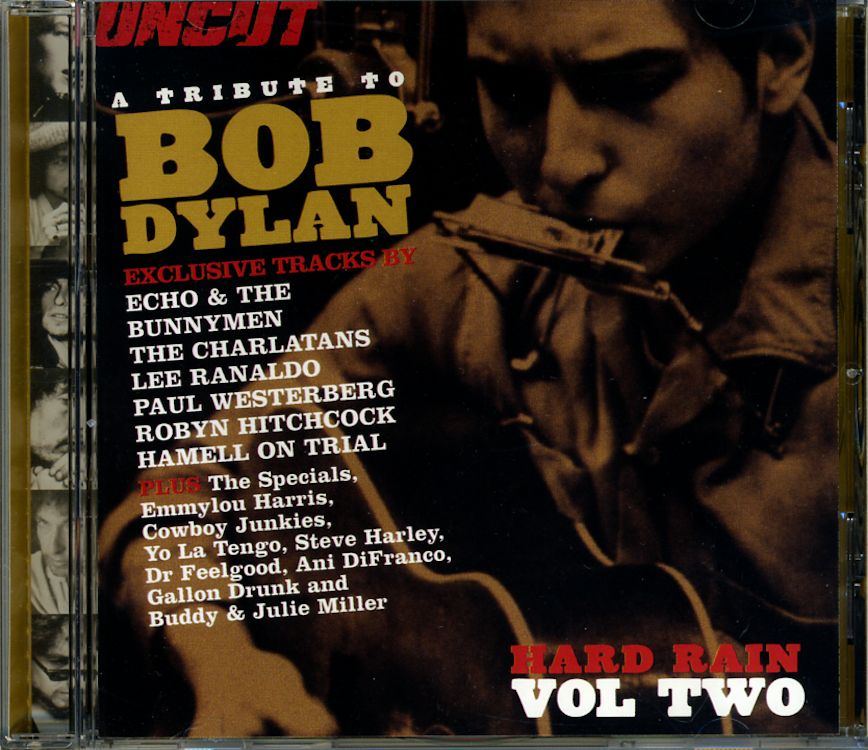 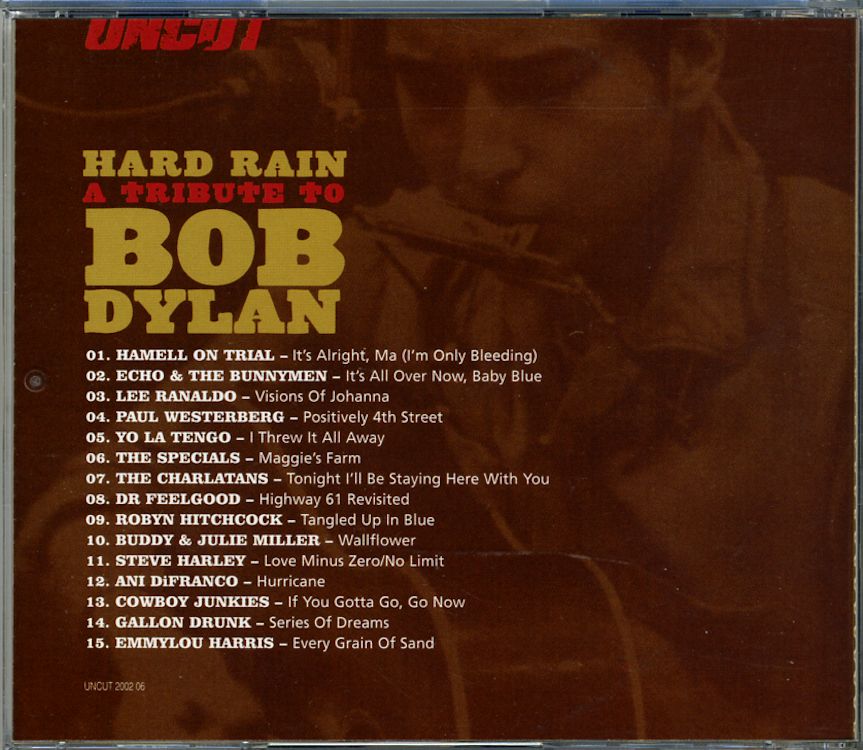 
Below: December 2002/January 2003, limited Edition Photo Special. Dylan on cover only (but what a great photo!) 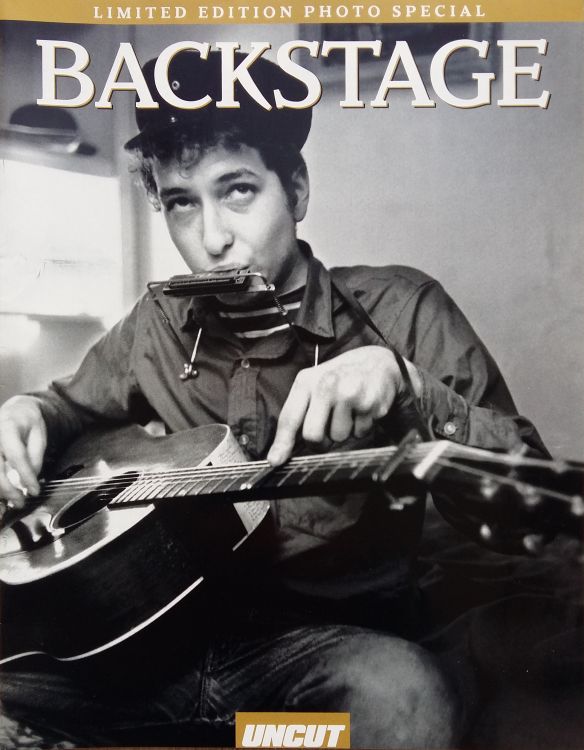 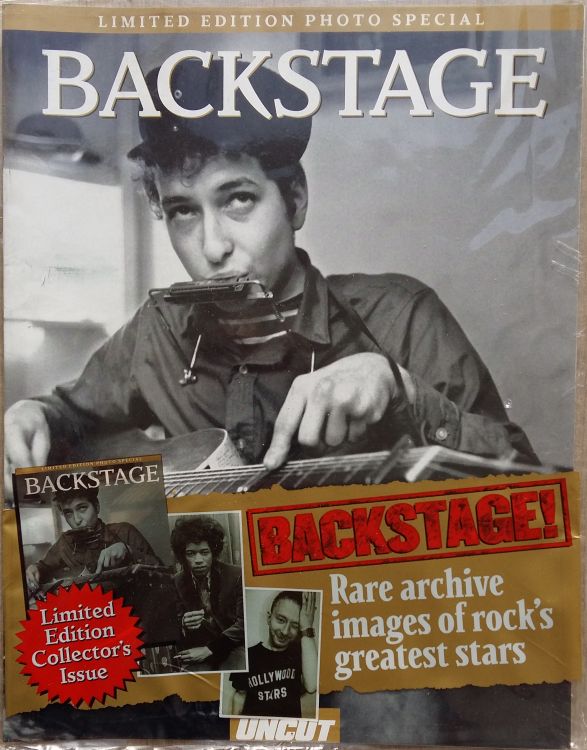 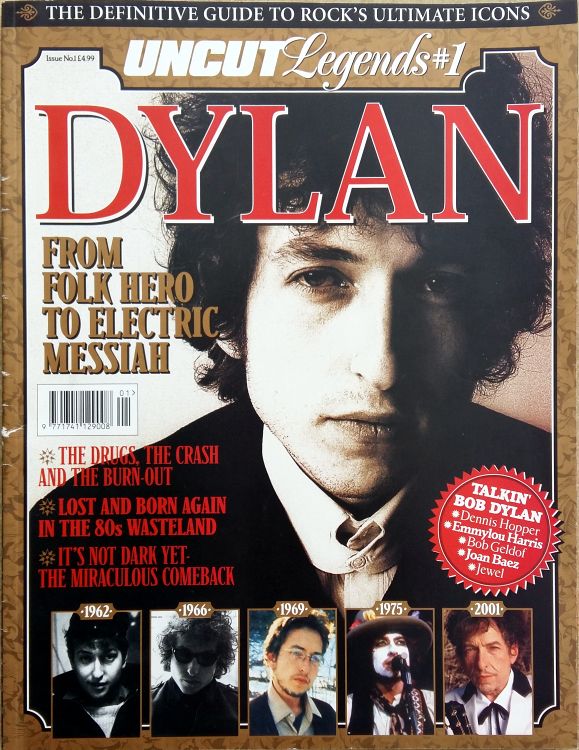 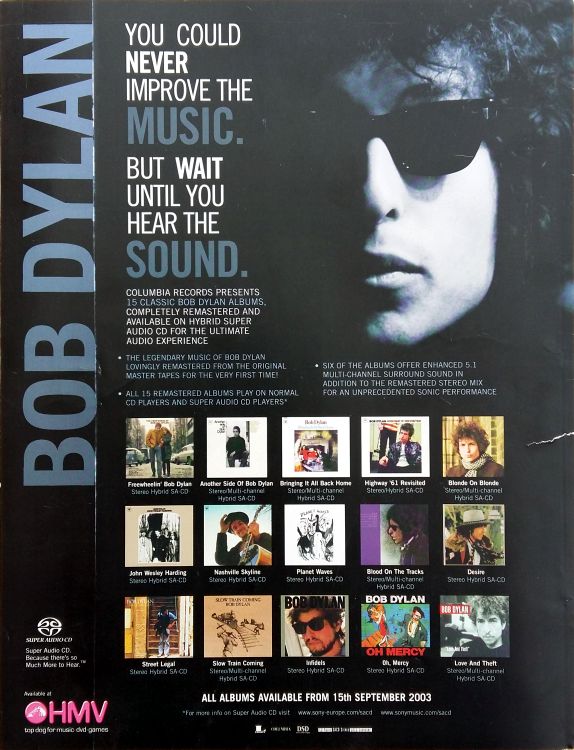 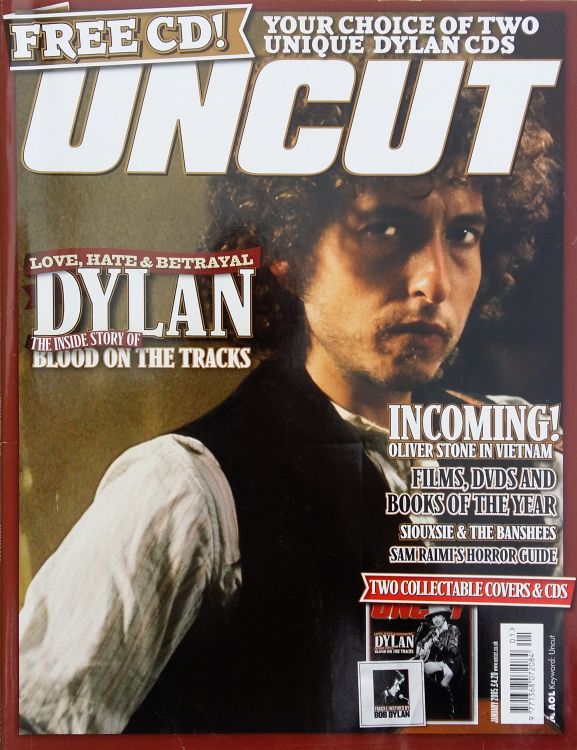 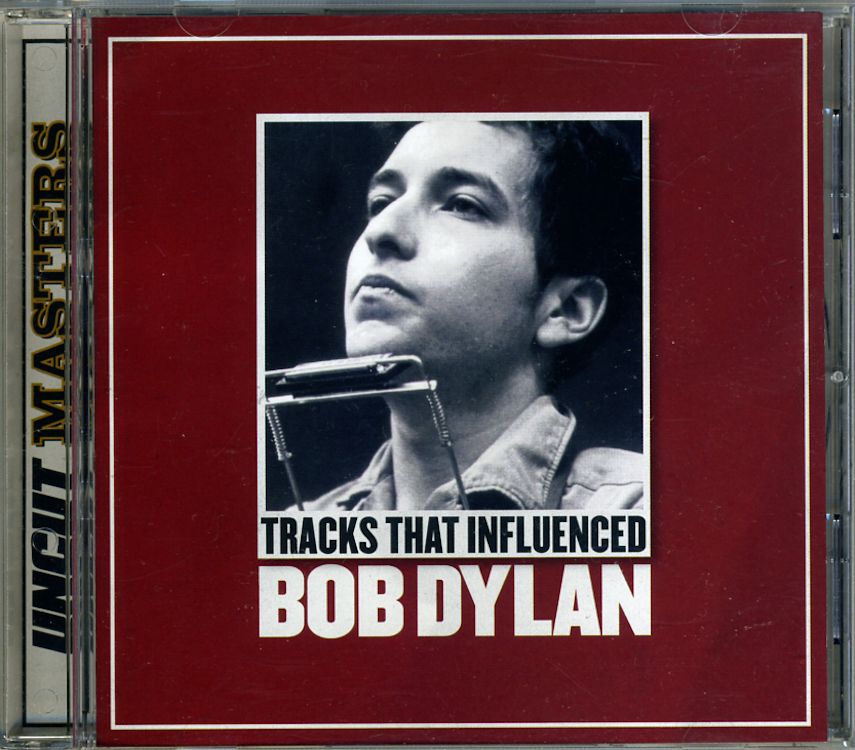 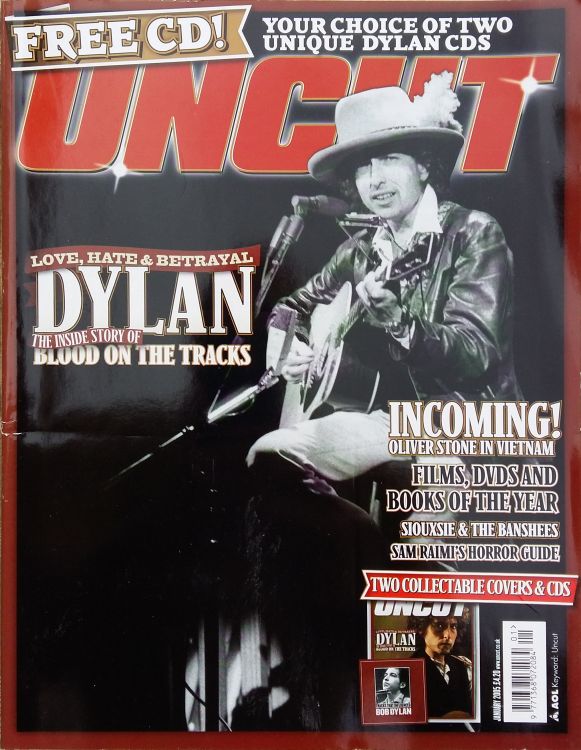 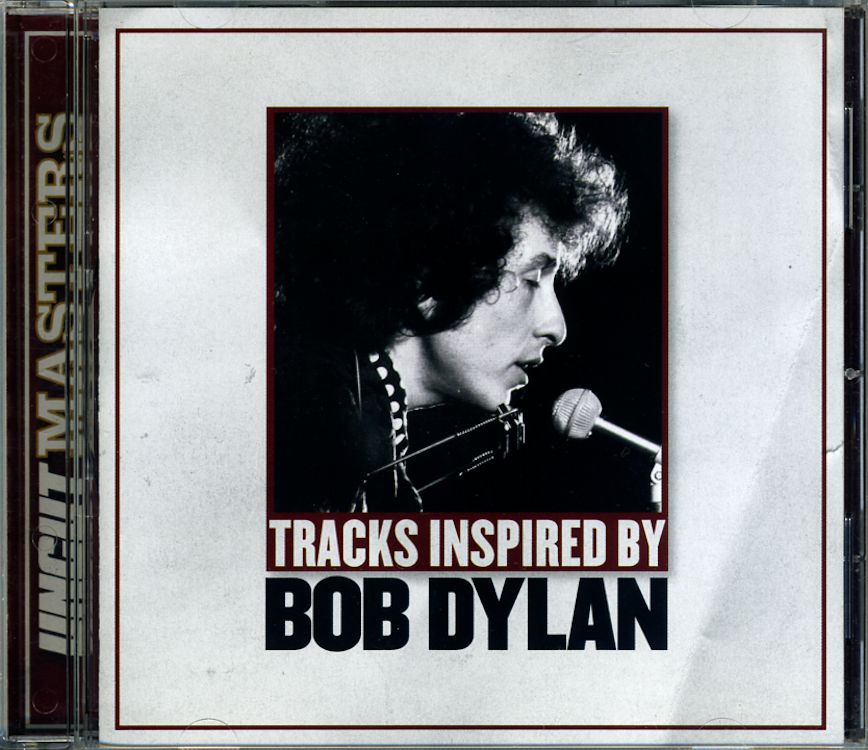 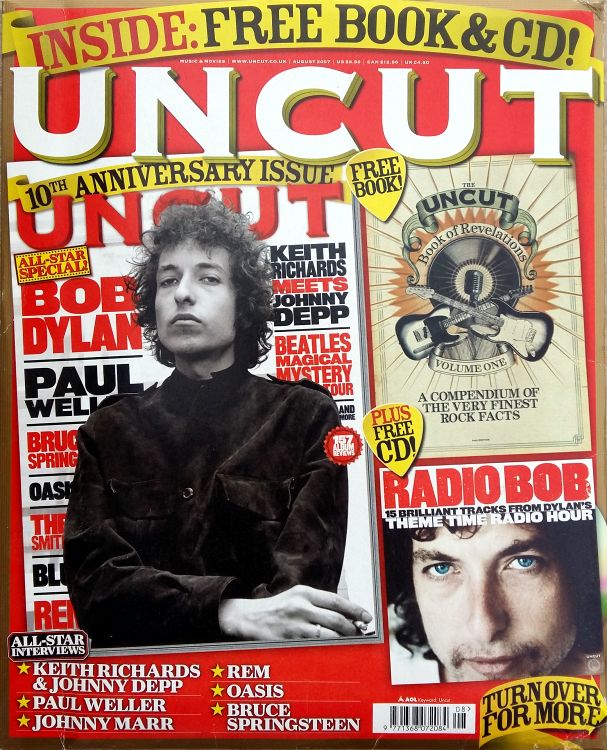 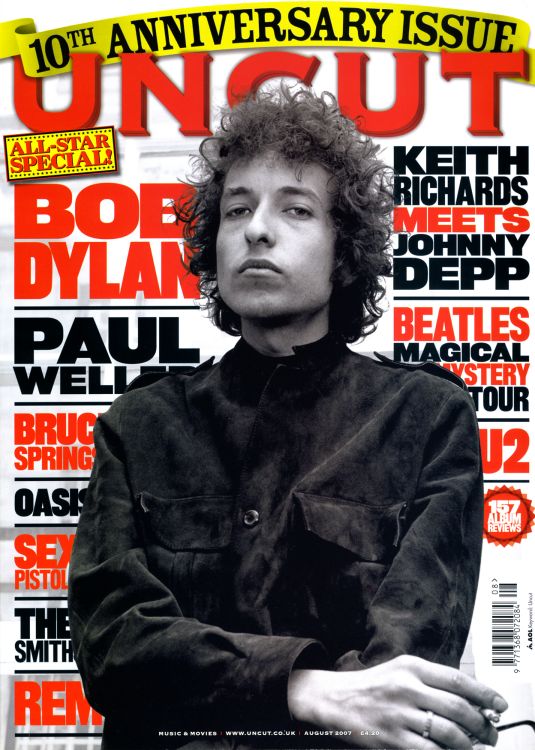 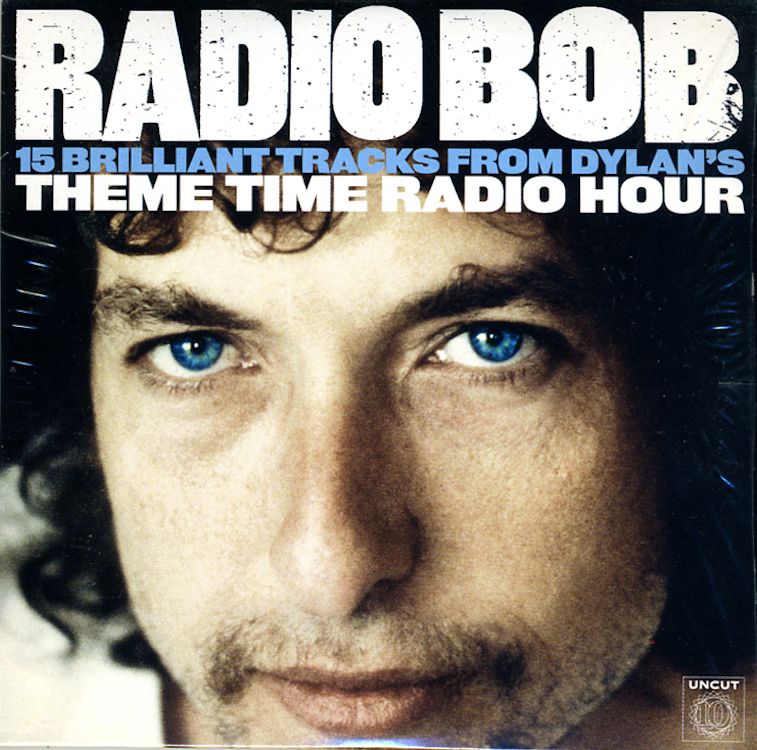 August 2007, 13 pages. Came with a free CD "15 Brilliant Tracks From Dylan's Theme Time Radio Hour". The magazine, the CD and a booklet with many Dylan references ("The Uncut Book Of Revelations: A Compendium Of The Very Finest Rock Facts"), are inside a carboard enveloppe. 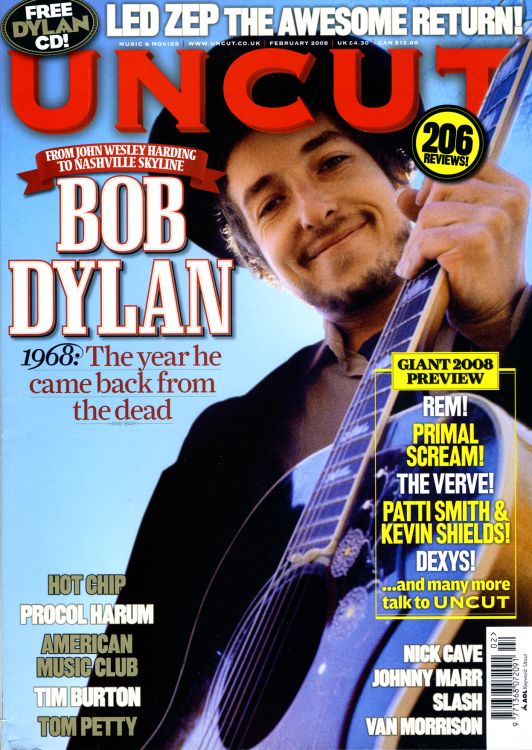 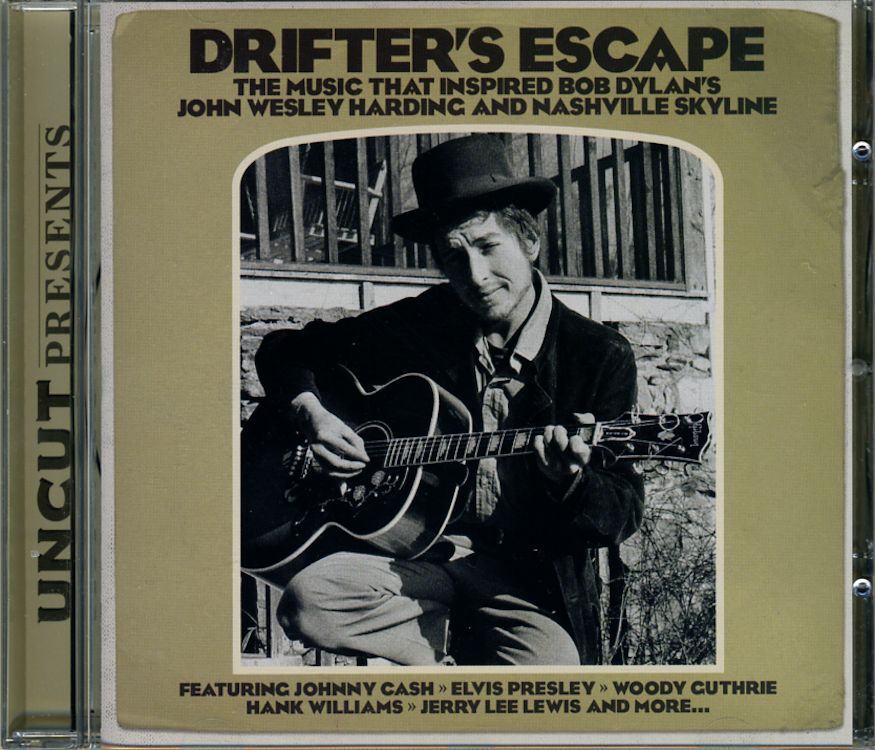 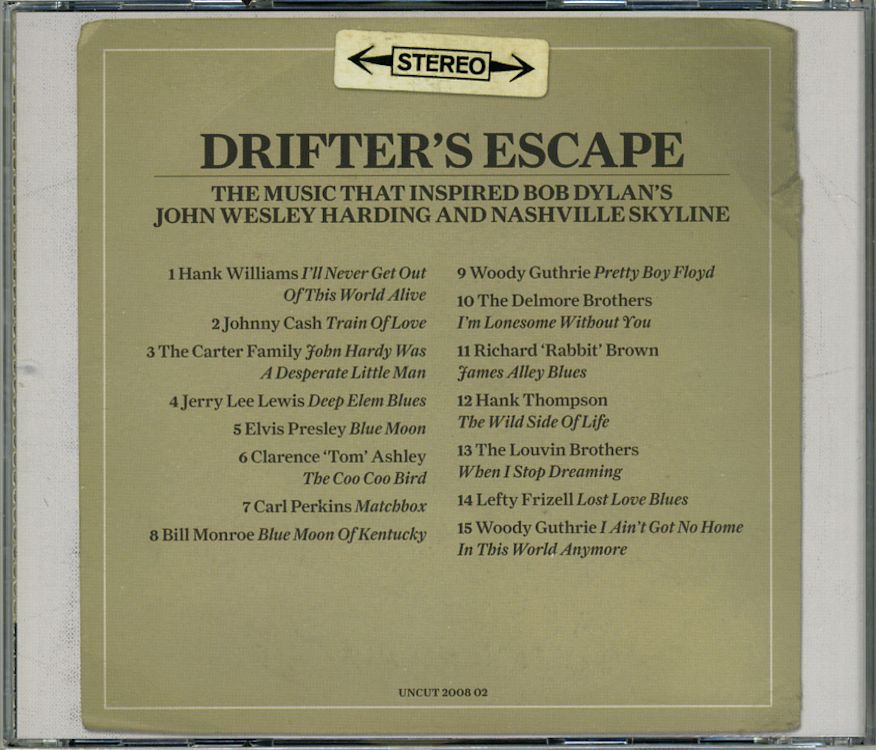 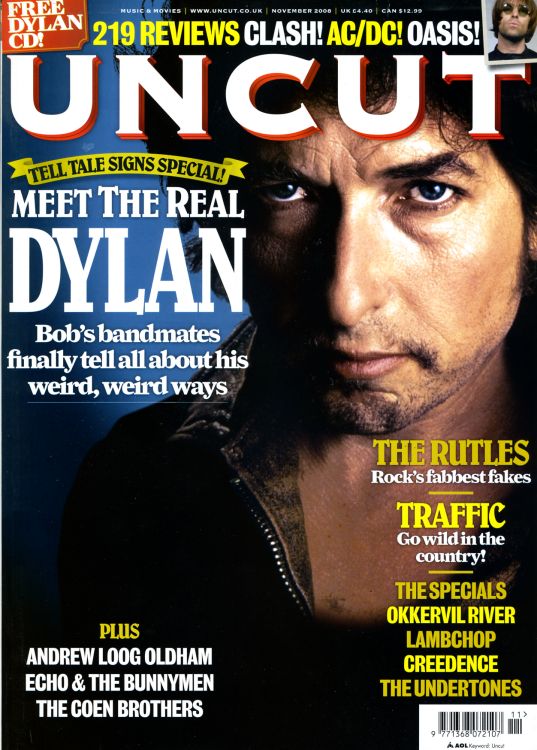 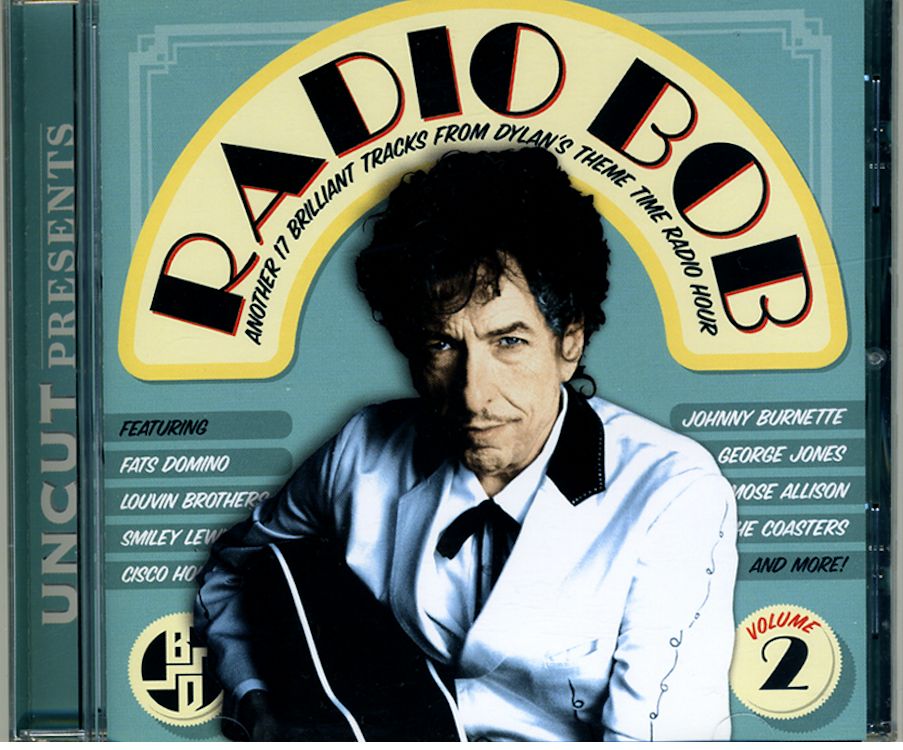 Below: June 2009: Though Bruce Springsteen is on the front cover, this is a Dylan Special with its booklet 'Dylan's America - A Unique Guide To The United States Of Bob' included; when unfolded it shows a map of the USA pointing Dylan related places: 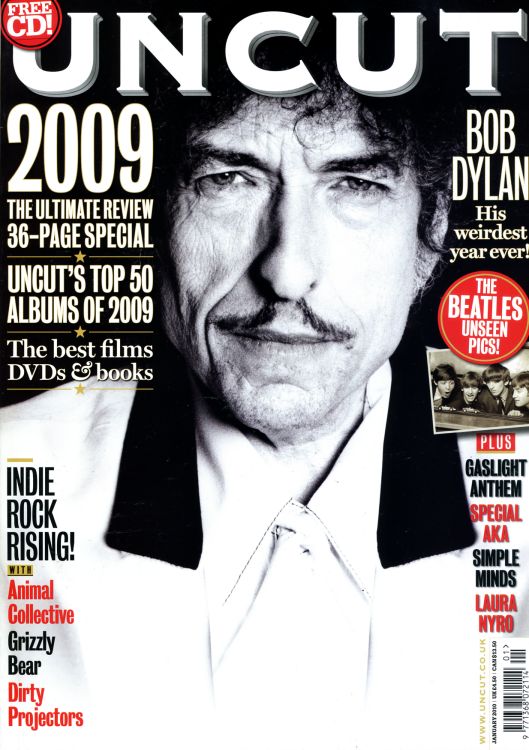 Below: June 2011, 18 pages. 'Dylan 70th Birthday Special', included the 16-track CD 'Happy Birthday Bob', containing 4 covers and 12 birthday songs. This special issue came with 4 different Bob Dylan cover stories for both magazine and CD (the content of the magazine and the 12 tracks of the CDs are identical):