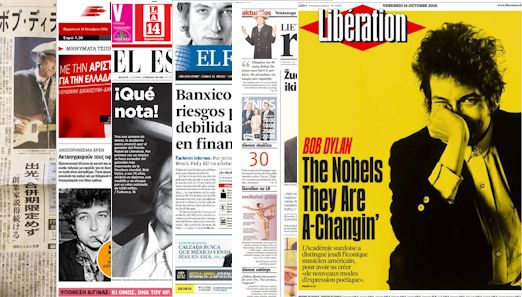 On October 13th 2016, when Sara Danius, Permanent Secretary of the Nobel Academy,
made the annoucement of the 2016 Prize of Literature awarded to Bob Dylan,
she changed the front cover of nearly 400 newspapers in more than 50 countries the day after. 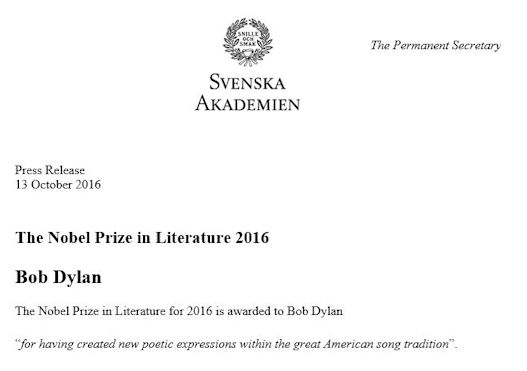 Bob Dylan decided not to assist the ceremony to collect his prize.
His speech at the Nobel Banquet in the Stockholm City Hall on 10 December 2016,
was given by the United States Ambassador to Sweden Azita Raji.

Bob Dylan's NOBEL LECTURE took place in Los Angeles, on June 4th, 2017.
The text was published as a booklet in October 2017 and translated in several languages
(see the Books section). 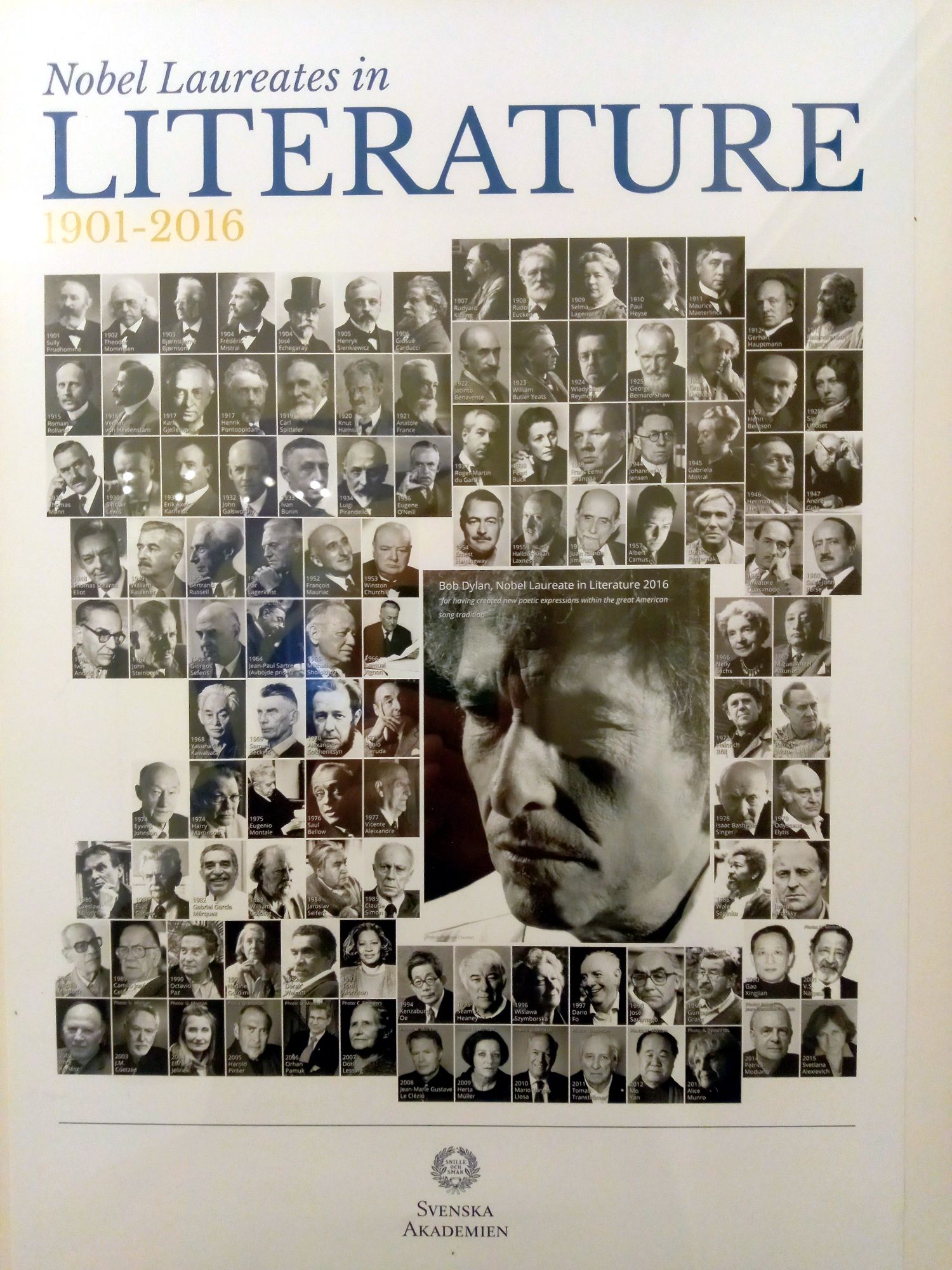 Small poster given away for free by the Nobel Prize Museum in Stockholm.
Thank you to Mani Endtner for this document