THE HOLLYWOOD REPORTER (THR) is an American digital and print magazine, and website, which focuses on the Hollywood film, television, and entertainment industries. It was founded in 1930 as a daily trade paper, and in 2010 switched to a weekly large-format print magazine with a revamped website. 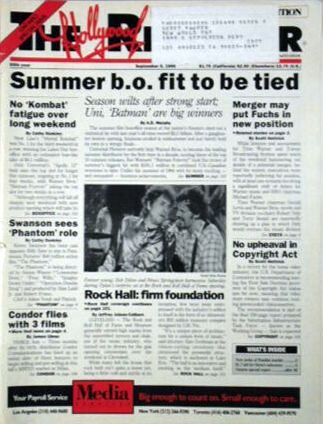