BROADSIDE magazine was a small mimeographed publication founded in 1962 by Agnes "Sis" Cunningham and her husband, Gordon Friesen. Hugely influential in the folk-revival, it was often controversial. Issues of what is folk music, what is folk rock, and who is folk were roundly discussed and debated. At the same time, BROADSIDE nurtured and promoted important singers of the era.
The mimeograph machine used to produce the magazine had been discarded by the American Labor Party. The mixture of hand-drawn musical notation, typewriter text, and the occasional hand-drawn illustration or photocopied news story anticipated a look that would be more common in zines 20 years later.
By the end of the 1970s, BROADSIDE had essentially ceased publication.

Below are the Bob Dylan cover stories; the whole BROADSIDE collection can be read here.

Below: BROADSIDE SONGBOOK Volume 1. Privately Bound in 1998 by Vicente Escudero. This is a huge compilation of Dylan and Dylan related Broadside music and articles. Single-sided, unnumbered pages, A4, 29.5 x 21 cm. (Information and scan bobdylanisis.com) 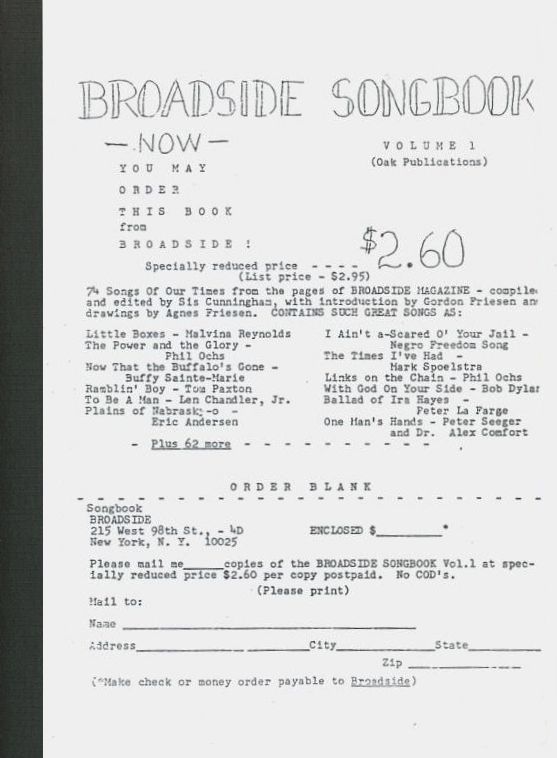